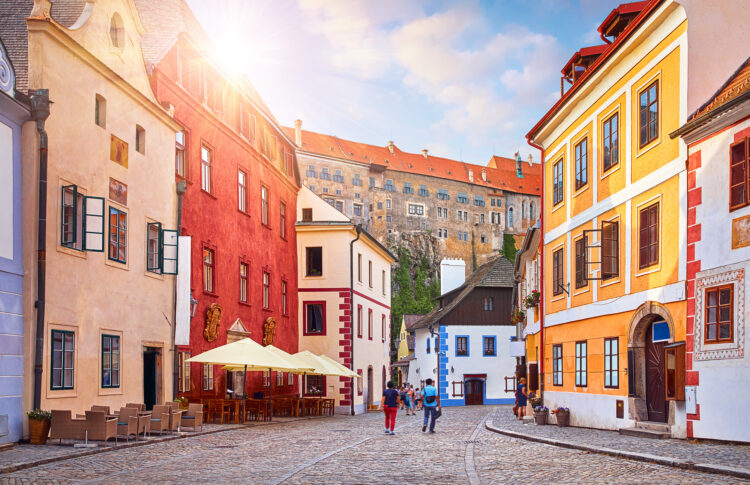 Bohemians have been not all necessarily Czechs. On the contrary. Vast majority in border area including Český Krumlov spoke German. There were Italians in the 16th or 17th century as well.

Or some people of the Netherlands. Like a famous painter, Gabriel the Blonde. He depicted some castle exteriors and interiors. Examples of his work you will see during the sightseeing tours.

And sure, we must not forget the Jews. They have lived for more than 100 years in our town. One of their families owned the most important factory in the vicinity-paper mill of “Ignaz Spiro and sons”. But Český Krumlov has a close relation to the so called “Wintons´ children” too. I have personally met two of them. More about it during a walking tour for you!

And why Bohemians? A Celtic tribe settled the country during the later Iron Age. They have occurred on the historical stage thanks to the Greek and Roman writers as Boii. Hence, the non-Slavic name of the country-Bohemia. Where are the Bohemian lands? Czech people would answer “In the heart of Europe”. But sometimes they have the feeling that they find themselves in another part of geopolitical map-body.

Local context in the history of Český Krumlov provides you with the knowledge about the life of Czechs and Bohemian German. During a walking tour, I will share with you both historical perspectives. You will see that history repeats itself.