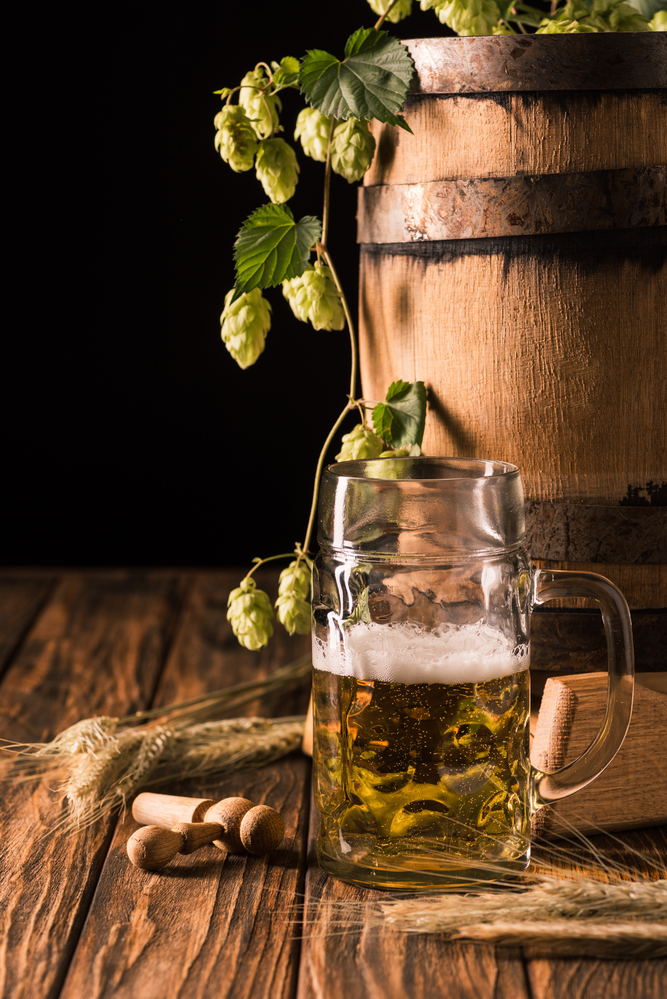 Once upon a time, in Český Krumlov lived a very paranoid innkeeper. He worked directly on the town square in his pub called At the Sun. He has repeatedly accused the cellar man of the local brewery of cheating. This junior brewery worker did allegedly fill the butts not enough with the beer. The chief brewer pragmatically trusted the client and not the worker. Taking no care for truth and justice, he finally dismissed the cellar man of the service. The poor guy badly cursed the innkeeper of the pub At the Sun knowing very well who was behind the plot. Once, the innkeeper descended downstairs on slippery steps in the cellar of his pub. Sudden he slipped and falling slowly down onto the ground of the cellar he has noticed, that the barrels placed there started to roll over his body. Heavy butts finally killed him. The curse worked.

On the 8th of May 1945 the innkeepers in our country had their beer barrels under better control. They rolled them out to welcome the liberators-American soldiers, the army of general Patton. This happened in Pilsen and other places in Western and Southern Bohemia.

How about Český Krumlov -at that time known as Krummau an der Moldau? German living here did not see it as Liberation. But they preferred to surrender to Americans. This area used to be the line of touch between Western allies and Red Army. So, seeing the American units led by general Dogherty they rolled some barrels out as well I suspect.

During the city tour I am going to show you round some traces of 1945 events in Český Krumlov. And the former pub of the paranoic innkeeper as well. There is still something more to tell you about this guy there!